"Lazurite Corridor": Prospects and Challenges - Opinions from Kazakhstan and Georgia The international expert club "EurAsiaAz", which positions itself as an information and analytical platform for experts from Eurasian and Euro-Atlantic countries, continues the virtual expert discussion on the topic "Lazurite Corridor: Challenges and Opportunities for the South Caucasus and Central Asia." Political experts, political scientists, economists from the South Caucasus and Central Asia take part in the discussion. Recall that discussions are conducted around the following questions: 1) What is the meaning and what opportunities does the Lazurite Corridor offer to the countries participating in the project? 2) What are the possible risks and challenges? 3) What are the prospects for other countries joining the Lazurite Corridor?

This material contains the opinions of two well-known experts - the ex-attaché of the Ministry of Foreign Affairs of the Republic of Kazakhstan, the former leading researcher of the Kazakhstan Institute of Strategic Studies under the President of the Republic of Kazakhstan (KISR), Professor of the International University of Information Technologies Dulatbek Kydyrbekuly and Director of the Georgian-Caucasus Institute of Strategic Studies GCSSI Teimuraz Tumanishvili . “The Lazurite Corridor is another option for creating a transport artery from Afghanistan to Europe. This is not only a tempting project, but also a project of the future. Each country will receive dividends from mutual trade and investment. This project as oxygen is necessary for all its participants. As for the challenges, first of all, the ongoing instability in Afghanistan. Note that this corridor bypasses Iran, with which America is reluctant to cooperate, while other countries maintain quite normal relations. Theoretically, a corridor through Iran would shorten the path somewhat. Pakistan and India should also be interested. All countries around Afghanistan should objectively be interested in the Lazurite Corridor, including and Kazakhstan. There should not be an ostrich position "my hut on the edge." For the countries of Central Asia, this would be an effective addition to the Chinese Silk Road project. ”

“The relevance of the Lazurite Corridor was due to several reasons: the division of the Caspian Sea / shelf, the Trans-Caspian pipeline project, the railway route from Europe to China through the South Caucasus, the construction of a number of Black Sea and Caspian facilities.
The Lazurite Corridor was a section of the Great Silk Road. This path was sometimes corrected (changed the passage sections) in connection with those or other historical (political) events, passing in the Anatolian direction to Europe, both through northern Iran and in the South Caucasus and Central Asia.

Today, this path may become much more relevant than ever, thanks to both the energy and trade and economic corridors linking Central Asia, Afghanistan and China with Turkey and Europe. An important segment of this transcontinental route is the South Caucasus, as a link between the Black and Caspian Seas, namely Azerbaijan and Georgia.

First of all, for all countries participating in this project, the possibility of integration into the whole system of the Europe-Asia land corridor opens up, which implies both railways and highways, gas and oil pipelines, development of old and construction of new ports on the Caspian and Black Seas. In line with the world geopolitical events for Afghanistan and the states of Central Asia, due to the lack of direct access to the sea and ocean, this may be the most friendly and promising way to the EU. After all, Central Asia is traditionally rich in its resources, which the West needs more and more. At the junction of Central and South Asia is Afghanistan, which can assume the function of a transit hub.

In terms of energy, TANAP and the Southern Gas Corridor can play a very important role here. Europe was promised that up to 40 billion cubic meters would be supplied. m. gas per year. But the question of the necessary Trans-Caspian gas pipeline is still open. The railway communication is practically established, the first experimental train from Europe to China through the South Caucasus passed last year. Literature "Orient Express" has become a complete reality. At the same time, rail and road leads from northern and western Afghanistan to Ashgabat.

It should be noted and the necessary security system between the countries participating in the Lazurite Corridor. This system is extremely necessary against the background of the overpopulation of South Asia, with which Europe will actually link this way. There will be a number of regulations and cordons in the operation of passenger-transport arteries. Also, this security system should take into account the real risks of drug trafficking from Asia to the West.
The lapis lazuli corridor should be of vital interest for the transportation of military cargo to Afghanistan, which opens up for the US and its allies new alternative supply routes for units and bases involved in peacekeeping missions.

It should not be forgotten that the very idea of ​​the Lazurite Corridor originated in 2012, when the United States and its allies began to be inclined to believe that the active stage of military operations in Afghanistan was coming to an end, and in 2013, Afghan President Hamid Karzai announced that the Afghan armed forces will assume the main role in ensuring the security of the country. It is quite possible that this could also be connected with the gradual abandonment of the existing supply lines for the coalition forces present.

In the case of the integrated use of the Lazurite Corridor by all the participating countries, a serious economic and financial success can be achieved. I think it is too early to talk about a certain Caucasian-Asian economic union, but in the foreseeable future - who knows?

The Anaklia port, which is under construction, is being added to the two existing Georgian ports on the Black Sea. The project to which the Americans pay much attention. The capacity and traffic of this port will be significantly higher than Poti and Batumi. We are already talking about Azerbaijani investments in Turkmenistan, as an example of the investments of Azerbaijanis on the Kazakh coast of the Caspian Sea. One should not disregard the obvious traditional prevalence of East-West communication routes over North-South routes. From the foregoing, we should expect an even closer strategic partnership between Azerbaijan, Turkey and Georgia. Also, one should not exclude in the future accessions to already existing countries participating in the Lazurite Corridor and other countries of Central Asia, for example, Kazakhstan. In the meantime, the Lazurite Corridor is being systematized as a promising area.” 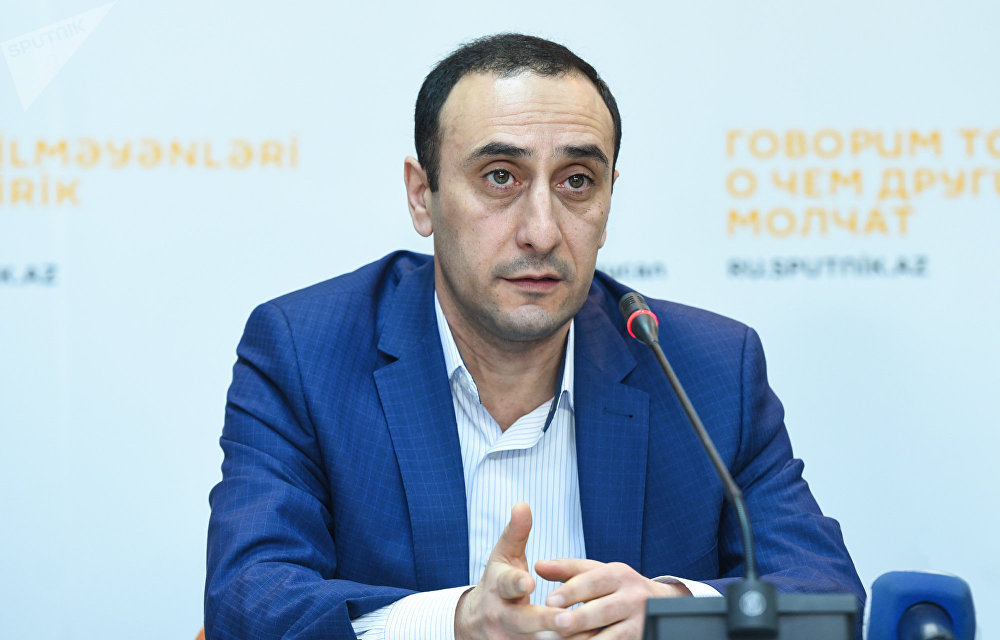 "Lazurite corridor": What are the possible risks.. 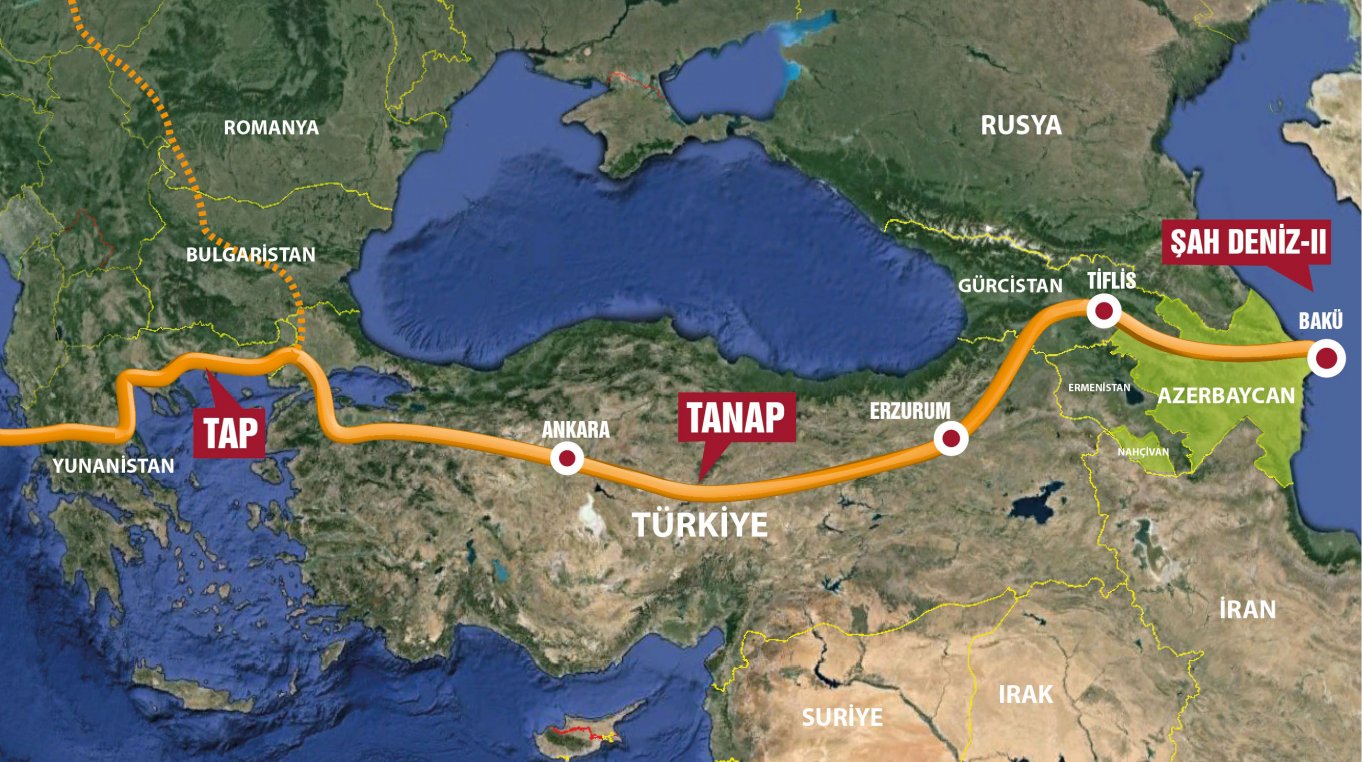 Azerbaijan as Energy Hub in the Caspian Sea..

BRI based on philosophy of sharing and peace

The News: The Khojaly genocide

Bilateral Relationship of Pakistan and Azerbaijan

Major cities of the world got recognition of movement for self-determination by people of Jammu and Kashmir. UN